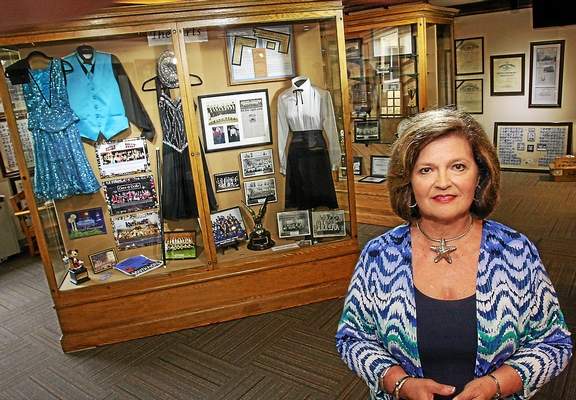 This article originally appeared on the Pottstown Mercury News, By Evan Brandt, The Mercury

POTTSTOWN >> After decades of service to area schools, Myra Forrest will retire in September from the Foundation for Pottstown Education.

Her departure comes after a multi-faceted career that unfolded in several local districts, in different roles, and also included 17 years as the executive director of the Pottstown Symphony Orchestra.

Forrest, who will have been executive director of the foundation for three years when she retires in September, began her career in education as a music teacher, first in Spring-Ford and then in Pottsgrove schools.

After serving as director of curriculum and then assistant superintendent in Pottstown for six years, Forrest served as superintendent of the Owen J. Roberts School District for four tumultuous years where she often found herself at odds with the school board. Forrest was fired by the board in a controversial move that brought community protest, a lawsuit, and even inspired legislative proposals to limit the scope of actions a school board can take if the board majority is defeated in a primary election and is sitting as a lame-duck board.

Forrest left OJR with a subsequent lawsuit settlement and taught first at Cabrini College and then at Immaculata College.

It was from there that she came back to Pottstown in August of 2012 to lead the foundation.

“One of the things that struck me when I came back to Pottstown was how much the cuts in funding had affected what was offered, and I immediately realized that the foundation’s role was to first plug up some holes,” Forrest told The Mercury.

Under her guidance, the foundation did that and more, providing more than $1 million in programs to the district during her tenure.

“Even field trips had been greatly reduced so I looked at that as an automatic initiative for the foundation to take on. Kids need that kind of enrichment, as does the staff,” said Forrest, explaining that she firmly believes in staff development, which she led as assistant superintendent.

This year, the foundation provided $3,000 in field trip money to all four elementary schools and helped arrange a multi-region STEAM grant, which has meant nearly $500,000 to Pottstown over three years and has been extended through next June.

The grant funded a NASA Summer of Innovation Camp, which will pay the salaries of three teachers, as well as three classroom assistants and 75 students in grades 4, 5 and 6.

Forrest told the board she is also thrilled about a new partnership the foundation has formed with the Pennsylvania Philharmonic, which has already provided one free concert to the middle school and two concerts for the general public.

“When the symphony closed up shop after I left, it was like someone had cut out a piece of my heart, so I was so happy to be able to bring classical music back to Pottstown,” said Forrest.

Among the things Forrest noted as accomplishments during her tenure is bringing Pottstown’s history back to town — in the form of the Alumni Gallery in the high school.

Already established with the raising of $37,000, the gallery continues to accumulate artifacts from the more than 175-year history of the school district.

In addition to those artifacts, the room is also equipped with a document scanner, and an electronic archive of historic district documents is being created for research purposes.

Additionally, high school student Michael Stilwell is also scanning in photos and information about the districts Alumni Honor Roll which will then be part of a scrolling display on TV screens in the gallery, Forrest said.

But perhaps the initiative of which she is most proud, said Forrest, is the Pottstown Early College Program.

“In the Dual Enrollment program, anyone can participate and if you get a B or better, the foundation will pay half your tuition cost,” Forrest explained.

“But with Early College, we ask new juniors to participate and we look at their GPA, they have to have a 90 or better, their attendance, their essay and their income level and if it meets the qualifications, we fund their tuition so that when they graduate from high school, they have completed their freshman year of college as well,” said Forrest.

“When I came, I was aware of the demographics in Pottstown and I had known students whose parents had not gone to college, or who were not living with their parents, or who had difficult home lives,” she said.

“I knew with a program like this we could support them and they would be successful and stand a better chance of getting an associate’s degree or more,” Forrest said.

This year, nine of those students have successfully completed the program, none got less than a B average, all are going to college and all received scholarships, she said.

All total, the foundation paid $45,000 for these students to complete their freshman year.

“Next year we’re going to have 30 and then 40 the following year,” Forrest said. That is being made possible by the Montgomery County Community College’s education foundation also chipping in toward tuition, she said.

Before you think Forrest is leaving her involvement in Pottstown forever, think again.

“The only board I am resigning from is the Chamber of Commerce,” Forrest wrote in an email to The Mercury. “It makes no sense for me to remain in that board if I am not a part of the work world.”

Otherwise, she will remain active in the community.

“I will remain as a trustee on the board of Pottstown Memorial Medical Center. I am also remaining on the board of the Pottstown Area Health and Wellness Foundation where I am secretary of the board, on the executive committee, chairperson of the Grants Committee, and on the Impact Committee,” Forrest said.