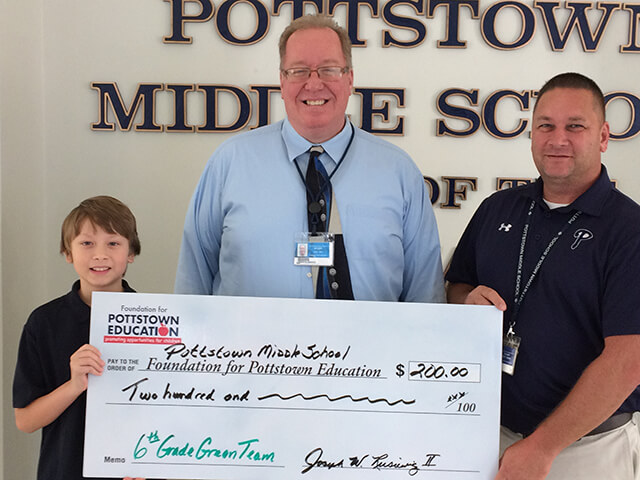 One of Matt’s teacher, Mr. Maybry, encouraged two of his Middle School classes to enter the Foundation’s contest for a chance to win a $50 gift card as well as $200 cash to donate to a Pottstown School District recognized class, club or organization.

The Foundation’s Marketing Committee was tasked with judging the entries to narrow the field down to 5 finalists.  As there was a tie for fifth place, seven entries made it into the final round of voting.  The community had an opportunity to vote on the seven finalists on the Foundation’s Facebook page and become the fifth vote in the final round.

Matthew stated that he came up with the name after Mr. Maybry shared the Foundation’s information, including the newsletters and web site, with the students.  When told of his win, Matthew decided that he would like a Target Gift Card and that the $200 should be donated to the Middle School’s Sixth Grade Green Team. 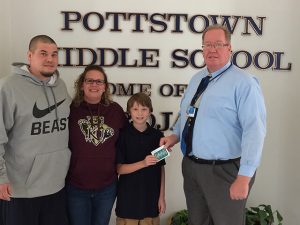