The 2018 class includes the late Arthur Gochman of Academy Sports + Outdoors, Stan Jurga of All-Star Sporting Goods and Barbara Longstreth of Longstreth Sports. They have made significant contributions to the industry and will be inducted with this distinguished honor during the 54th Annual NSGA Management Conference & 20th Team Dealer Summit in Bonita Springs, Florida.

“The 2018 inductees have helped build the industry and provide a solid foundation for future success in very different ways,” said Sporting Goods Industry Hall of Fame Committee Chairwoman, Cathy Pryor (Hibbett Sports). “I look forward to presenting this honor next May at the NSGA Management Conference & Team Dealer Summit.”

Gochman, Jurga and Longstreth will be honored at the Hall of Fame Dinner & Induction Ceremony on the evening of Tuesday, May 22, 2018. 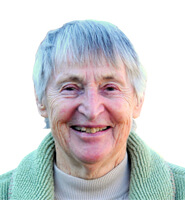 Barbara Longstreth grew up in suburban Philadelphia in one of the few areas of the country that provided sports for girls in the early 1950s. She played field hockey, basketball and lacrosse in high school and at Beaver College (now Arcadia University). During her career as a player she was named to two US Field Hockey Teams and to 10 US Women’s Lacrosse Teams, going on touring teams to Europe in both sports.

Before moving to California to coach field hockey, she attended a clinic where people were selling a new brand of stick and it was then she decided to sell them. Longstreth began selling sticks out of the trunk of her car and became friends with 1972 Olympic triple jumper Mohinder Gill, who was doing the same. Gill had the resources for importing field hockey equipment from abroad and Longstreth had sales contacts across the country. They produced a small catalog in 1977 and Longstreth Sporting Goods was born.

During her time in California she coached field hockey at Stanford University, as well as the club lacrosse program. In 1981 Longstreth and her family moved back to Pennsylvania and she became Athletic Director at Springside School, selling field hockey and lacrosse equipment out of her home. The business grew and she enlisted the help of her brother Richard (Dick) Heylum, a teacher and Wharton School graduate from the University of Pennsylvania. They purchased a barn an hour west of Philadelphia to establish a small warehouse, business office and retail space. In 1986 the pair devoted themselves full- time to Longstreth Sporting Goods, with Barbara as President and Dick as Vice President.

Longstreth Sporting Goods continued to succeed and serve a “niche” female market for the next 30 years under Barbara’s leadership. The core business was (and still is) nationwide mail order to schools, colleges and individuals, along with a destination store that has attracted customers from around the United States and other countries. Barbara and Dick sold the business in 2007, but Longstreth still exists today. Barbara has accumulated numerous awards and continues to serve her community.

About the Sporting Goods Industry Hall of Fame

The National Sporting Goods Association (NSGA) created the Sporting Goods Industry Hall of Fame in 1955 to honor sporting goods pioneers, innovators and leaders, while recognizing and encouraging continued excellence in the industry. Since the first induction in 1956, more than 160 men and women have been inducted. Inductees for the Hall of Fame are nominated, and then selections are made by the Hall of Fame Committee, which is made up of representatives from all segments of the industry – manufacturers, wholesalers, retailers/dealers, agents and news media.

About NSGA
The National Sporting Goods Association has served as the leading voice for the sporting goods industry since 1929. NSGA’s mission is to support its members’ efforts to grow their business and to advocate on their behalf. NSGA develops industry research and publications, while also providing discounted business services and hosting the annual NSGA Management Conference & Team Dealer Summit. For more information about membership or NSGA’s products and services, please visit www.nsga.org.