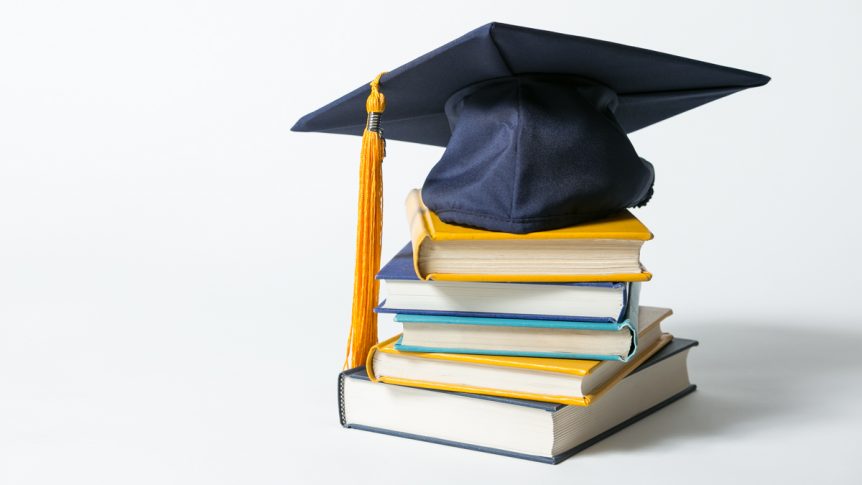 These awards are the Ellen Eisele Be the Change of Tomorrow Award and the Leslie Freese Betz Award were awarded for the first time to the Class of 2020.  This year the Linford F. Moyer and Family Scholarship was added to these two awards. For the Class of 2022 the Judith Allean Wolf, Class of 1958 Scholarship and the Moyer Performing Arts Award will be presented for the first time.

The Ellen Eisele Be the Change of Tomorrow Award was established by Wes and Rachel Eisele in honor of Wes’ mother, Ellen as she retired from 29 years of teaching, 26 of which were in the Barth Elementary School in the Pottstown School District.  Ellen retired at the end of the 2019 academic year.  She is an Alum of Bridgewater-Raritan West High School, in New Jersey.  After high school, Ellen attended Kutztown University.

This award will be awarded to a graduating Pottstown School District student(s) who demonstrate the following criteria:

Leslie L Freese-Betz was a proud graduate from the Pottstown Senior High School Class of 1988 and also graduated from Pennsylvania Business Institute.  Leslie developed scoliosis at the age of 14, requiring a spinal fusion. While the surgery was successful, Leslie developed restrictive lung disease due to the curvature of her spine. She managed her problems quite well for many years but eventually the disease required her to be placed on oxygen.  Unfortunately on January 16, 2020 Leslie received her “golden wings” and became a blessed angel to watch over the people she loved so much.  Leslie’s husband and families were very important to her and she always put everyone else first before herself.  She touched so many people in her short time on this earth with her compassion, love, her constant beautiful smile and infectious  laugh.

Leslie’s husband and family created this scholarship as they felt it would be a tremendous honor to her to continue her “gift of love and compassion” to others.  This scholarship is to be awarded to a deserving student of the school she loved so much who decides to pursue a career in the medical field, with special consideration to students pursuing a four-year college education.  The student must have a 3.75+ GPA. The medical field was selected because of Leslie’s medical history and because the family felt this is surely what she would want. She also became an organ donor because of her passion for helping others and to contribute to researching problems similar to hers.

The Linford F. Moyer and Family Scholarship has been endowed by the family of Linford F. Moyer, a former business official with the Pottstown School District.  This award will be presented annually to a senior at Pottstown Senior High School who matriculates to an accredited post-secondary education institution to study business management.

Linford Moyer, at the age of 16, began his lengthy career in the Pottstown School District working in the Business Office while still a student.  After graduation from high school in 1944, Mr. Moyer served in the United States Navy as an aide to the Executive Officer aboard the U.S.S. Princeton.  In 1946, Mr. Moyer returned to the Pottstown School District and attended night school at Temple University and the University of Pennsylvania’s Wharton School, earning a degree in Business.  He managed the business affairs of the Pottstown School District for 37 years, last serving as the Assistant Superintendent for Business. Recognized by his peers as a school business professional and leader, Mr. Moyer was elected President of the Pennsylvania Association of Business Officials in 1964 and President of the Association of School Business Officials International in 1977.  In 1980 he became the first Executive Director of the Pennsylvania School Business Officials.  Mr. Moyer passed away on April 23, 2021.

The Moyer Performing Arts Award was established by the Very Reverend Michael D. Moyer, PHS class of 1985 because he was grateful for the role that the performing arts had in his formation as a good citizen and an adult in our society.  After Moyer’s graduation, he attended Montgomery County Community College, the University of Maine, the Bangor Theological Seminary and Nashotah House Seminary.  He is currently the Rector/Priest at St. Paul’s Episcopal Church in Berlin Maryland.

The Moyer Performing Arts Award will be given to a member of the graduating class who has contributed their gifts to the performing arts at Pottstown High School.  The person receiving this award will have been active in at least two of the areas of performing arts – band, chorus, and drama.

The Judith Allean Wolf, Class of 1958 Scholarship Award has been endowed by Judith Allean Wolf, a member of the Pottstown High School Class of 1958.  This award will be given to a graduating Pottstown School District student who will attend the Bloomsburg University majoring in Speech and Language Pathology, Audiology or Special Education.  Judy started this award as a way to give back to the Pottstown High School.

After graduating from Pottstown High School, Judy was accepted and attended Bloomsburg State Teachers College, now Bloomsburg University.  Her major was Speech Pathology.  She selected this major on a suggestion from her high school friend, Mary Ann Buckwalter Woods.  Judith started her career in Speech Pathology in January 1962 working for the Chester County Public Schools as an itinerant Speech Pathologist. In 1965 she moved to California. After 22 years in this career, Judy resigned in 1987 from the New Haven Unified School District and then enrolled at H and R Block Tax School to begin her career as a tax preparer. She continues her private tax preparation business today.

The Foundation for Pottstown Education is thankful to these individuals and families for their generous scholarships which will continue to help level the educational playing field for the Pottstown School District.  Anyone interested in further information on setting up a scholarship are encouraged to contact Joe Rusiewicz, Executive Director of the Foundation for Pottstown Education by calling 610-970-6616 or email jrusiewicz@pottstownk12.org.

ABOUT THE FOUNDATION FOR POTTSTOWN EDUCATION:  The mission of the Foundation for Pottstown Education is to raise funds for and support life-changing educational opportunities for the students and teachers in the Pottstown School District promoting the enhancement of our community.  For further information on our Foundation, please visit our website at www.foundationpottstowned.org or contact Joe Rusiewicz at jrusiewicz@pottstownk12.org